Conflict is beginning to brew. Private conversations are being conducted. Crisis is imminent. And to top it all off, Jesus is starting to talk about dying and leaving them. Jesus’ followers are now in full-blown crisis mode, attempting to control the crowd and calm the protesters. You can feel the confusion stirring and the intensity of the last few days rising, shrouding the future with an unsettling uncertainty.

In Bethany just a few days earlier, Jesus had raised a man from the dead. Jesus brought a man, Lazarus, who was dead for four days back to life…in their town! Everyone was talking about it. Many had witnessed it. Even more people had since seen Lazarus walking around the town.

Most likely, everyone in the area had heard about what had happened and people were flocking in droves to meet Jesus. The commotion was palatable and the religious rulers were even more determined to kill Jesus before the quickly approaching Passover.

Amidst all of the chaos, we catch a glimpse of Jesus at a dinner party, reclining at a table. And it was during this dinner party that a very unusual thing occurred.

To the astonishment of the host and guests, a woman walked in and approached Jesus while He reclined at the table with the other guests. Women in ancient Jewish culture didn’t hold an honorable place in society and they were usually not acknowledged or even addressed in public. Even more appalling was that this woman would somehow feel compelled to come right up to Jesus in the middle of the party! Ignoring the cold stares and callus comments, this woman boldly approached Jesus. Continuing with her display of gratitude, she took her flask of very expensive perfume, and began to lavishly pour it on Jesus’ head.

While he was in Bethany, reclining at the table in the home of Simon the Leper, a woman came with an alabaster jar of very expensive perfume, made of pure nard. She broke the jar and poured the perfume on his head. 4 Some of those present were saying indignantly to one another, “Why this waste of perfume? 5 It could have been sold for more than a year’s wages and the money given to the poor.” And they rebuked her harshly. Mark 14:3-5

This perfume wasn’t cheap perfume you picked up at the Dollar Store. It wasn’t even the designer fragrances sold at the department stores. It was very expensive, said to be worth about a year’s wages for an average worker. Think about it – the average annual income in the United States yields about $52,000! And this woman, without hesitation, poured it like a jug of Gatorade on Jesus’ head.

The fragrance was also made of made of pure nard, a costly ointment that was set aside for the purpose of expressing acts of devotion. This woman lavishly anointed Jesus, giving it all to Him, emptying herself at the feet of Jesus.

She gave what was likely her most valuable possession.

And while many saw it as a waste, this woman saw it as an investment.

A life broken and poured out in service to Jesus is never wasted.

When you understand the magnitude of your debt and the greatness of God’s provision through Jesus, gratitude will flows from your surrendered heart that seeks to hold nothing back.

Just a few days later, Jesus would go to the cross, giving His life for you and me. At the cross, Jesus held nothing back. God gave His best. Jesus gave it all – His blood shed, His life poured out in service and complete sacrifice.

Some look upon the cross and see it as a waste. Jesus saw it as an investment. Because you’re worth it.

For Christ also suffered once for sins, the righteous for the unrighteous, to bring you to God.  1 Peter 3:18

3 thoughts on “Nothing Wasted”

Aloha! Thanks for stopping by. I’m a pastor’s wife and mother to five incredible children. I love coffee, chocolate, the beach and sunshine, and most of all… Jesus. 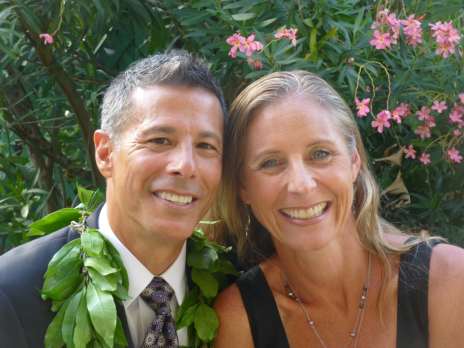 23 amazing years with my best friend. A Little Bit of Aloha

A Little Bit of Aloha